Back to Women's Health 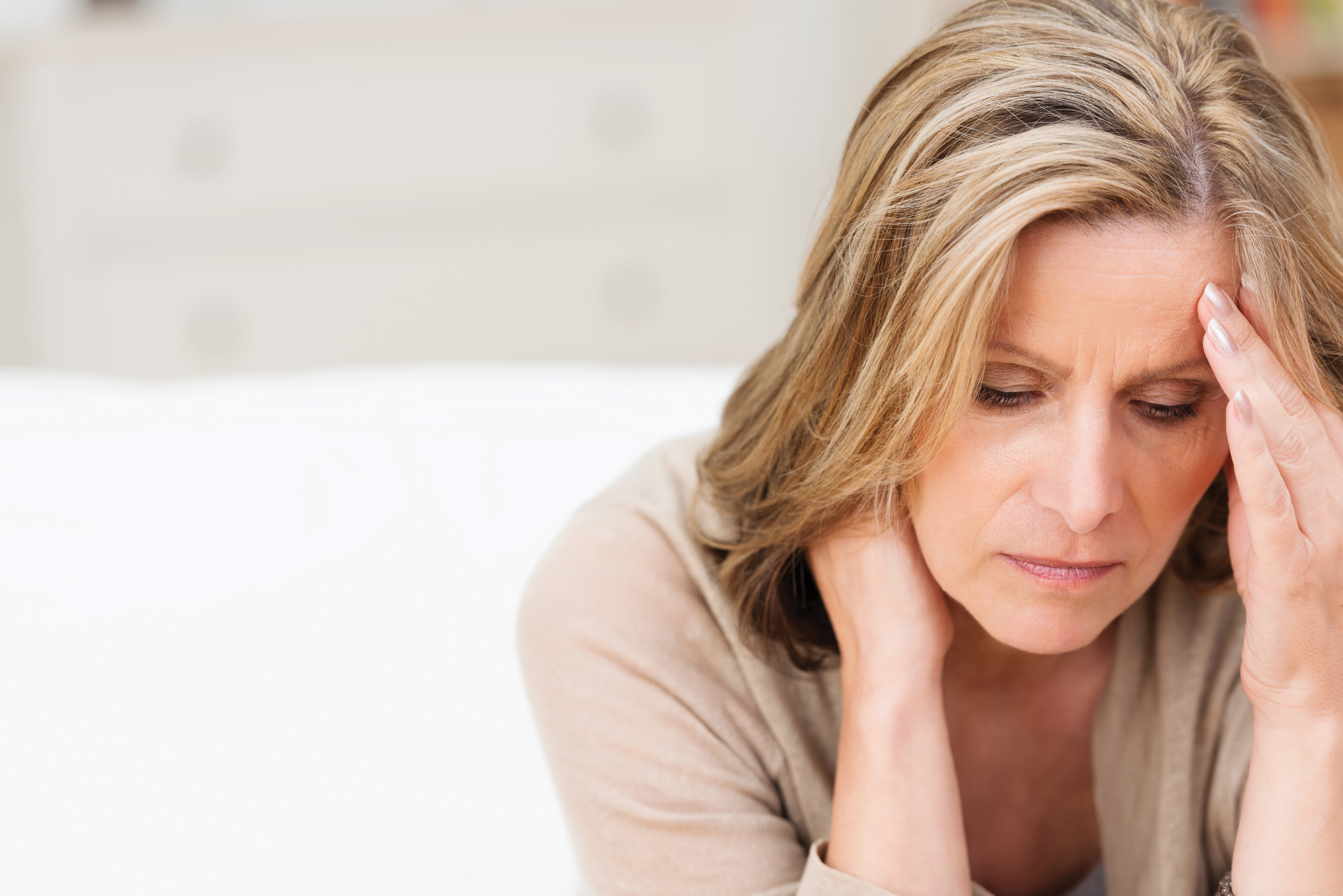 We often put unexplained weight gain and a lack of energy down to being busy and not looking after ourselves. But what if it’s something more? Tamara McLean looks into hypothyroidism.

Pam knew something wasn’t right when she began finding it difficult to get out of bed. The usually energetic mother-of-two, who also managed a business, found herself barely able to pull on her jeans and t-shirt. And it wasn’t just the lethargy. Pam, then 32, had been gaining weight and, in turn, losing confidence. She didn’t find out the cause for another 18 months: hypothyroidism.

Today, a founding member of Thyroid Support New Zealand, Pam says at the time she’d never even heard of hypothyroidism. “The doctor explained my thyroid was underactive and causing all of these mystery symptoms that I’d had for months. I was so relieved to finally know that I wasn’t going crazy. It was real and I was going to get fixed.”

Take a look at what’s going on inside the body and it’s easy to see why patients hit rock bottom.

The thyroid is a tiny butterfly-shaped gland that sits at the base of the neck and acts as the body’s accelerator pedal, explains endocrinologist Dr Rick Cutfield from Auckland’s Medical Specialists Group.

It produces two important hormones, thyroxine (T4) and triiodothyronine (T3) which, when supplied in the right quantities, keep the body’s metabolism in balance. This is helped by a third crucial hormone, called thyroid stimulating hormone (TSH), which is made by the pituitary gland and encourages the thyroid to produce more T4 and T3 as needed.

Trouble starts when this delicate balance is upset. In patients with hypothyroidism their thyroid hormone levels drop away, usually after they develop Hashimoto’s thyroiditis, an autoimmune condition in which the immune system attacks the thyroid. Others get it after having thyroid surgery or after taking certain medications.

When T4 and T3 drop away, TSH levels spike as the brain tries unsuccessfully to kick-start the thyroid back into action. Without these vital hormones coursing through the body, the accelerator is effectively broken, leaving sufferers feeling sluggish.

“The body slows right down in almost every way,” Dr Cutfield says. “The results can be pretty awful - dry skin, constipation, feeling the cold more, low mood and feeling knackered.”

Women are three times more likely than men to get hypothyroidism, with those aged 30 to 65 most at risk. Dr Cutfield estimates that two in every 50 Kiwi women over 45 have it.

Not to be confused with...

Hypothyroidism is not to be confused with its opposite, hyperthyroidism, an equally common, equally unpleasant state in which the pedal is pushed so hard to the floor that the sufferer speeds up, sweats, loses weight and is run ragged by an overactive system.

For most, hypothyroidism starts off slowly, a subtle, creeping ill health that has sufferers like Pam constantly doubting themselves. “I was tired, but what busy woman isn’t when she’s racing around getting things done?”

From there, other symptoms start to appear, most noticeably weight gain. Pam says she gained 13kg over a very short period of time. Her hair began to fall out and when her thyroid blew up like a balloon she finally got her diagnosis.

Because it presents so nondescriptly, it can take sufferers a long time to realise they have a diagnosable, treatable condition.

Even more concerning than delayed diagnosis is over-diagnosis, warns Dr Cutfield. This is the issue of women, understandably exhausted by life, growing certain that they have the condition. “People become convinced that the tests were wrong and the doctor was wrong, especially when they’ve got all the classic symptoms. It’s totally understandable how this can happen, but as doctors we really need to guard against it.”

Thankfully, diagnosis is straightforward. “Tests check for elevated levels of TSH, a telltale sign that the gland is under strain and not producing the thyroid hormone it should be,” Dr Cutfield says.

Patients with symptoms and a TSH reading of 10 mIU/L or above [normal is 0.5-4 mlU/L] have hypothyroidism and will need treatment. Those with TSH between 4 and 9 can usually be watched, although some may also respond to treatment.

Treatment is a once-a-day pill that has to be taken for the rest of your life, containing synthetic thyroid hormone levothyroxine. The tablet restores hormone levels and reverses the symptoms.

Says Dr Cutfield, “You want to be absolutely certain of your diagnosis and really confirm it’s not just a temporary blip in thyroid function before you head down that path.”

Among other treatments available, specialists don’t recommend use of ‘natural’ thyroid supplement derived from pigs, as the levels of T3 and T4 they contain can vary.

Dietary adjustments, however, can be of benefit as they help bolster thyroid function in both full-blown hypothyroidism and the ‘sub-clinical’ state, which doesn’t require medication.

Dietician Jessica Moulds works closely with GPs to help bring their patients’ TSH levels back down with a diet rich in fruit and vegetables, and foods loaded naturally with iodine, selenium and zinc.

“Iodine is particularly vital in producing thyroid hormone and it’s one of those minerals you can easily become deficient in if you’re not careful about what you eat,” says Moulds, from Auckland’s Mission Nutrition. Iodised salt is a good source and is considerably safer than iodine supplements, which are too potent for use by thyroid patients.

“Combined with a bit of exercise we find clients on these diets slowly start to feel better, brighter and more energised,” she says.

Low libido and irregular, usually heavy, periods (more symptoms of hypothyroidism) tend to come right, and the weight starts to slide off.

Feel like you’re on an emotional roller coaster? Having hot flushes even when it’s cold? Irregular periods driving you crazy? We asked our Pharmacist for some hot tips on how manage menopause. 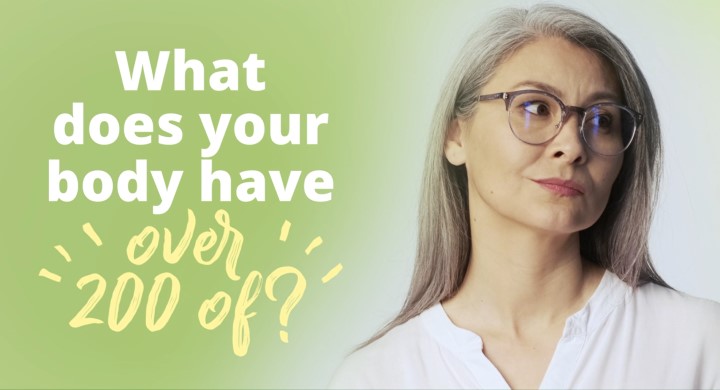 When did you last think about your bones?

You’ve got over 200 hundred of them in your body. What are they? - They’re your bones. So, when was the last time you thought about them? Have you ever? Let’s see how to keep ‘dem bones healthy. 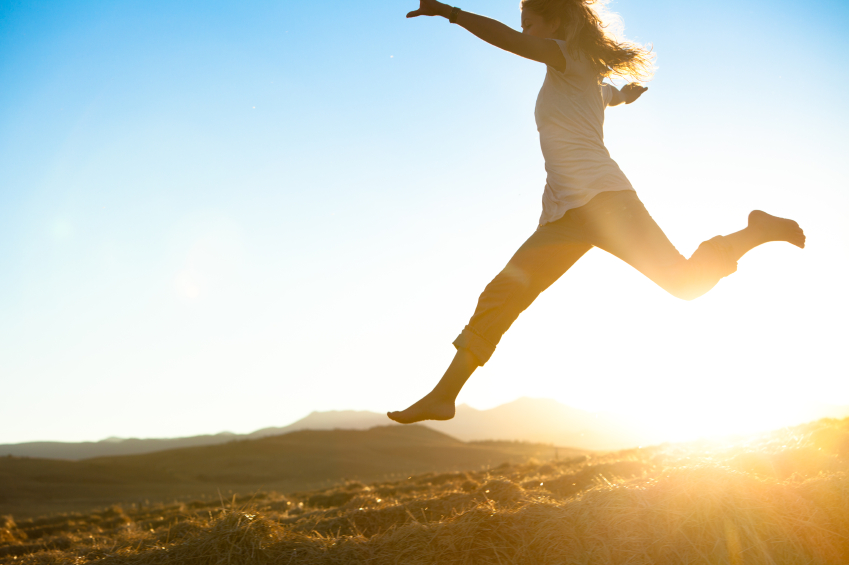 Read more on how to achieve a balanced lifestyle and all round well-being.